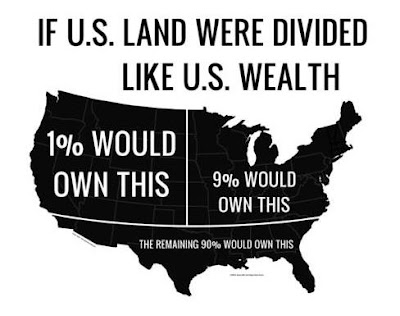 As they took pepper spray in their faces, I wonder if they thought about fire hoses in Birmingham, tear gas in Chicago’s Lincoln Park, National Guard bullets at Kent State.

Probably not. They thought of pain, and disbelief, the kind many felt seeing it on YouTube and on the news.

The seated Occupy protesters in Portland and at the University California-Davis were doing something gallant in the face of unblinking authority. In the process they were burrowing into the nation’s consciousness.

Back when Bull Connor was brutalizing uppity “nigras,” face it: Most Americans were wholly ambivalent, or on the side of Birmingham's police commissioner. They were concerned with order — you know, commerce, convenience, stability, the blessed status quo.

So, too, today, do most Americans side with police in whatever they might do to subjugate the Occupy protesters. They wince at the methods, sure, but not the motivations: commerce, convenience, the blessed status quo.

Back when marchers disrupted that order in the South in audacious and nonviolent defiance, most Americans were saying, “What do they want? To completely overturn all sense of normalcy? Of tradition? Do they hate America? What role are Communists playing in this?”

Don’t believe for a second that most Americans turned on the TV, saw the fire hoses crushing those people, and said, “This is unacceptable.” What was acceptable, what they wanted most, was normalcy.

What the Occupy protesters are doing right now is amazingly gallant and important, even if all they do is make people think about America’s definition of “normal.” The phrase, “We are the 99 percent” is already etched in history, just as striking "nigra" Memphis garbage workers made “I am a man” part of it in 1968.

Watch and see the extent to which Occupy’s graphic illustration, “America Divided by Wealth,” becomes a banner. It shows 1 percent owning everything from the Pacific coast and across the Dakotas, and from the Canadian border to the Texas Panhandle.

So, what would these protesters suggest that we do about that? Consider these proposals from a list of Occupy demands:

They want less regressive taxation, such as an end to the cap on Social Security payroll taxes that exempts income after $102,000.

They want to eliminate tax breaks for capital gains. They want to remove loopholes in the tax code for huge corporations which escape federal taxes.

They want a federal tax on financial transactions involving securities or derivatives.

Your response might be: Any of these, though they would raise revenue for what America needs, would be terribly disruptive to the status quo, one which might require sacrifices, crimping markets and affecting all Americans. The amazing thing is that somehow apologists for the status quo think that what we are doing now comes without the very sacrifices that they don’t wish to visit.

Who is going to pay for blue-sky economic policies that drove up the national debt to untenable heights? Will it be America’s wealthiest with their tax attorneys? No, it will be the middle class and poor when it becomes evident that this nation can’t simply cut its way to a balanced budget, something that should be obvious already. The higher taxes to come will hit those with modest means, and what we cut ("Hands off defense spending") will hit those who already hurt the worst.

America’s fiscal policy is not serving the needs of the 99 percent but those of the lenders, the traders, the insurers, the fiduciary slave masters.

I’m not sure this is what was going through the minds of the protesters who took faces full of pepper spray, or if bewilderment and disbelief were the extent of it.

But they have made increasing numbers of the 99 percent think that maybe what America has come to accept as normalcy is not really that. It is a form of oppression that few of us have stopped to consider up to now because, well, order is so much more efficient than justice.